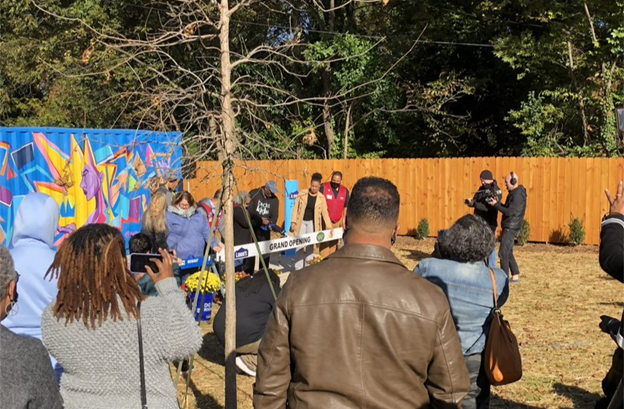 This past Saturday, November 6th 2021, The Ritz Park at Washington Heights held its ribbon-cutting ceremony and officially opened. The Centralina Clean Fuels Coalition, along with representatives from UNC-Charlotte, the City of Charlotte and Duke Energy, proudly attended the ceremony and joined the celebration. The park site was historically occupied by the Ritz Theater, a segregation-era Black theater that the park is named for in an effort to honor the community’s history. The project of opening this park where the former Ritz Theater sat vacant was chosen from more than 2,000 entries to the Lowe’s 100 Hometowns Grant. Lowe’s awarded millions of dollars to 100 unique community projects across the U.S in celebration of the company’s 100th anniversary. The Ritz Park project received $200,000 from Lowe’s to complete the park, along with a $25,000 contribution from the Washington Heights Neighborhood Association and a $50,000 contribution from the City of Charlotte’s Corridors of Opportunity program.

EPIC and Duke Energy began developing the PoleVolt charger prototypes in 2019. The chargers will be powered by existing Duke Energy light poles and include retractable charging cables and dynamic lighting features to indicate charging status. The project team hopes PoleVolt may serve as a scalable solution for curbside charging efforts in Charlotte and beyond. The multi-year effort to execute the pilot program has yielded valuable insights about curbside charging regulations and requirements for communities nationwide. These learnings will be released in the next year in a project report to US DOE by EPIC and the Centralina Clean Fuels Coalition. The project team is also grateful to have partnered with the Ritz Park project to introduce curbside charging infrastructure to the Beatties Ford Corridor and surrounding community. The area provides not only a creative, culturally significant space for community events but is also a sign of the progression towards broadening alternative fuel access within the City of Charlotte. 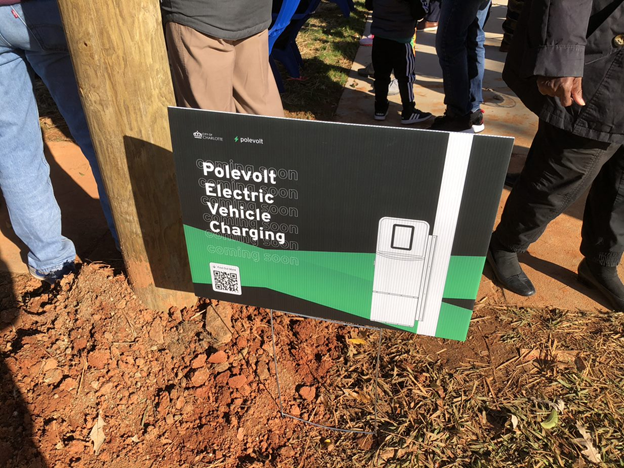 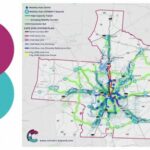 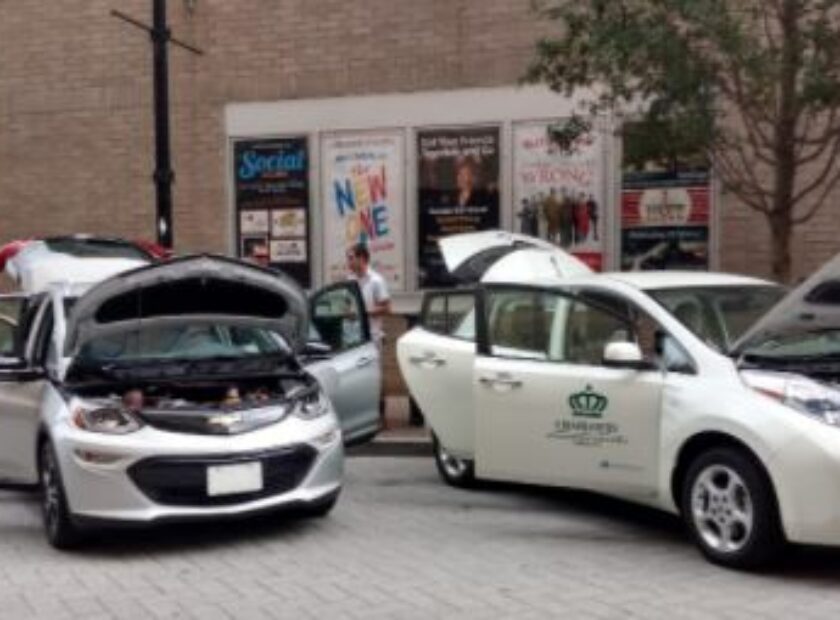 The City of Charlotte’s Road to Zero Emissions